Our mission is to:

Mark all of the churches and cathedrals of the Orthodox, Catholic and other Christian denominations on the world map.

Offer every Christian an opportunity to visit the most sacred places by means of a virtual tour.

Help with lighting candles and placing letters of prayer in the most revered churches in the world, as well as provide a photo confirmation with the time and date of the fulfilled service.

Assist in obtaining icons, crucifixes and other items consecrated on the Stone of the Anointing, on which the Savior was laid after being removed from the cross.

This idea belongs to my friend, the organizer and inspiration of the project. He is a man who does not want to be the center of attention, and one who does not like flattery. It was I who insisted on publishing this text on the website, as I believe that web visitors should know how and why this project was created.

He began his business from scratch and led his company to the level where it could participate in foreign partnerships. He chose Israel as the country to travel to and resolve the organizational problems related to the medical treatment of his brother. In addition, it was important that every business trip could incorporate the possibility of helping and supporting his brother. Every time he traveled to Israel, he received requests from his friends and family asking him to bring back a candle or icon, blessed at the Stone of Unction in the Temple of the Holy Sepulchre in Jerusalem. Sometimes, he was asked if he could place a candle in the Temple, and when he had the opportunity to do so, he fulfilled his promises.

Every time he visited, he saw people of different nationalities and of different Christian denominations that came to the Temple from all over the world. Their faces were tranquil and happy. When he came home and gave out the candles and icons to the believers in his family, he saw the same happy faces once again.

One day, he understood that to give a candle as a gift gave a believer not only a candle, but also something more valuable and more important – a kind of virtual opportunity to reach Jerusalem, the most important Christian Sanctuary, and to be inside of it. Clearly, if at your side there is a believer whom you desire to help or simply present with a beautiful gift, such a valuable present would have to be related to Christian tradition. For a Christian, it is far more important than any other thing.

Following these thoughts came the idea of creating a Facebook community which would unite those who wanted to give a good gift to the believers in their families, help deliver letters and prayers to the Temple of the Holy Sepulchre, and buy icons, crosses, and Holy Earth, blessed at the Stone of Unction.

When the number of members in the group exceeded 10 thousand people and Facebook was no longer able to satisfy everybody's expectations, the idea of creating the JerusCandle.com project arose. In addition to contributing to the implementation of the Christian tradition, the project assumed the role of providing proven facts about the Holy Sepulchre. It was decided that this idea would be implemented through the creation of a virtual tour of the Temple, which would be complemented with new details and stories about the history of the Temple, which houses the offices of six Christian denominations. The possibility of learning more about the most important Christian shrine in the world is interesting not only for believers; every believer wishes to leave his prayer to the Lord in the Holy Sepulchre. This can be done by traveling to Jerusalem or with the help of the JerusCandle.com project, which allows people from different countries to come to the Shrine, address God, leave a candle, and buy presents for their families to bless them with the Stone of Unction.

Yes – I agree that organizational issues always require money. In no country does there exist a Post Office that works for free. But all logistics-related costs are symbolic compared to how much a believer receives upon visiting the most sacred place in the world – a holy part of Jerusalem. We understand that the shipping cost of a candle or other sacred Christian objects by mail is incomparably lower than that of a personal trip to the capital of the Christian world.

Life is full of different situations. In a situation difficult for a believer, his or her greatest support is his faith and appeal to God. This project does not try to question faith – there are other places for this. If a person is a believer, he needs his faith, and this faith will help him. This project does not consider it necessary to discuss how this works, as it is for those who believe. And, it is also for those who want to support the believer in their family because, in the Christian tradition, nothing is more valuable than an object blessed in the Temple of the Holy Sepulchre. 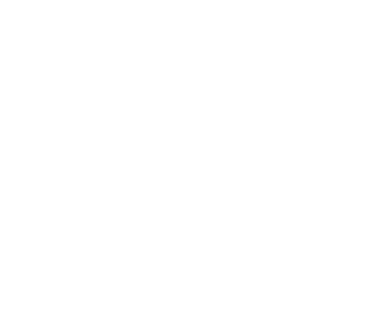 If you are in a difficult financial situation, we will light the candle for free. For that purpose email us at coordinator@santosepulcro.co.il
Payment Methods